RC Airplane Controls are described. The 3 control surfaces of an airplane pus the RC throttle control are shown and how the RC transmitter controls the model.

RC airplane controls generally are of a minimum of 3 channels ( Rudder, elevator and throttle) or ailerons can be added thus making the system a 4-channel unit.

All primary channels are controlled via joy sticks on the RC transmitter and are fully proportional i.e. the amount of movement of the control surfaces is determined by how far the sticks are moved.

The Ailerons are Used to Control ROLL

If the left aileron moves up then the right aileron must move down. This is generally achieved in today's RC airplanes by using two servos, one for each aileron.

Obviously if everything is reversed then a right roll is the result.

A word of advice-ALWAYS check before flying that a left command from the transmitter gives a result that the right aileron lowers, thus increasing the lift on this wing panel and the airplane will roll to the left.

There are a few reasons why this situation can change (such as plugging servos in the wrong way!) and trying to fly with the ailerons reversed is almost impossible! ( Don't ask me how I know this!)

Always check that ALL control surfaces are moving in the correct direction before EVERY flight!

How Do Elevators Work? 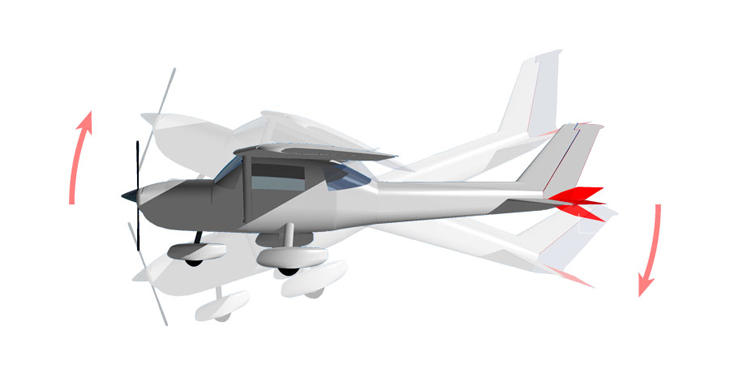 When the elevators move down, once again, (as with the ailerons) the lift of the tail plane is increased and the tail rises and the nose falls.

Note that altitude may not be affected with small amounts of deflection. Height is much more dependent on throttle settings (Thrust) 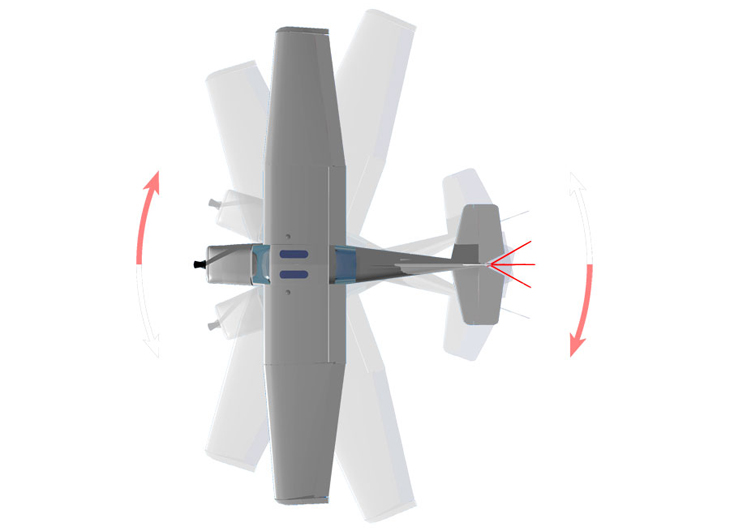 Usually, to perform a turn, a little rudder is used with ailerons and a touch of up elevator is required to keep the nose up.

This is the most basic of all the RC airplane controls and at one time was the only control available!

A carburetor is used (as in most internal combustion engines) to control the engine. An RC throttle servo generally uses a flexible control rod to adjust the position of the nose mounted engine.

As the carburetor barrel is rotated by the control rod, the air/fuel mixture is adjusted and the more open the barrel is, the faster the engine turns the prop.(RPM) and thus the faster the airspeed.

In this instance, a device known as an RS ESC (Electronic Speed Control) is used to control the RC electric motor. There are no control rods required.

The power to the motor is increased or decreased in direct proportion to the position of the control stick on the RC transmitter. Up position is high throttle and visa versa.

When flying the throttle not only controls speed but also the rate of climb and descent. This is especially important on landing when throttle is used to control height and elevator is used more to control the "Flair" just before touch down.

Airplane flaps are generally not part of the RC airplane controls but can be used, especially on scale RC models.

They can look just like another set of ailerons, generally set inboard of the ailerons or can be of the "Split flap" variety and as such are a flat surface that can be lowered from the lower surface of the wing.

They can be used to shorten the take-off distance but are generally used on landing. When deployed there can be a "nose up" tendency and a touch more throttle will be required and the approach angle will be steeper.

They can add some fun to landing but I generally not use them on a windy day.

Please note that the above 3 images are downloaded from the Smithsonian National Air & Space Museum web site. Please click here to visit the site "How Things Fly" 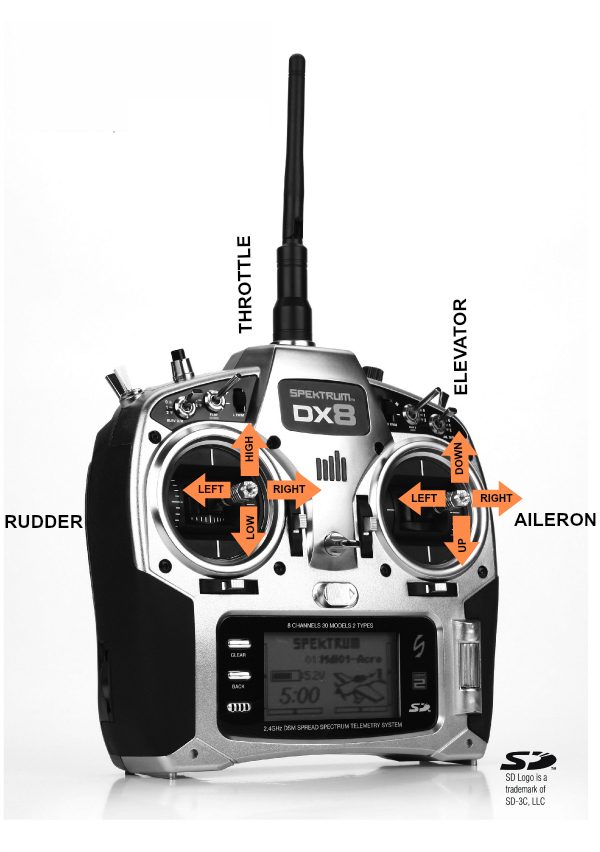 These RC airplane controls are initiated at the RC transmitter. The above photo shows the Spektrum DX8. This is one of the transmitters I use and although it has been superseded by the DX9, I really like this transmitter!

It is a computer radio, which means it is easily programmed for many different RC airplanes and it transmits on the 2.4Ghz spread spectrum band. This is the only band to use these days as interference is almost a thing of the past and frequency control is not required.

You will notice there are 2 control joy sticks in this Mode 2 layout.

The right stick is used for ailerons (horizontally) and elevator (vertically)

This is an 8-channel transmitter and the primary controls use 4 channels. The other 4 channels are controlled by the smaller toggle switches.

Being a computer radio, one of the switches can be programmed to operate the airplane flaps.

Beginner's Guide To Flying RC Airplanes is the essential eBook for anyone looking at getting in to flying RC airplanes. Step-by-step guidance on all you need to know about getting in to this fun and exhilarating hobby. Written by Peter Carpenter.