Sport parkflyers. After you have learned to fly your beginner RC airplane, you will want to find an RC park flyer that is capable of the basic aerobatics. T 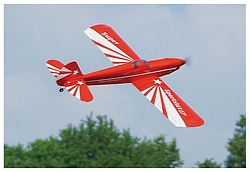 Sport parkflyers. After you have learned to fly your beginner RC airplane, you will want to find an RC parkflyer that is capable of the basic aerobatics. This page will show you how to select the best example.

These RC airplanes are a little larger than the usual park flyers and they do require a larger space to fly in. A large sports field would be ideal and these models are not out-of-place at the local club flying field.

You will notice in the above photograph that the Super Sportster has a low wing. Typical beginner RC airplanes have high  wings. The high wing layout generally ensures a positive stability. This means that when the sticks are released the aircraft returns to a stable, upright position. (As long as there is enough altitude to allow the airplane to recover.)

The low wing design gives a more neutrally stable RC airplane. This configuration tends to ensure that the model will continue in the same flight path, when the transmitter sticks are neutralized.

You can, of course, perform basic aerobatic maneuvers with a beginner RC airplane- but it is much easier and smoother with a model designed specifically for the purpose. Having said that, please bear in mind that this type is not a fully aerobatic, 3D capable aerobat! The power/weight ratio is not high enough for that! 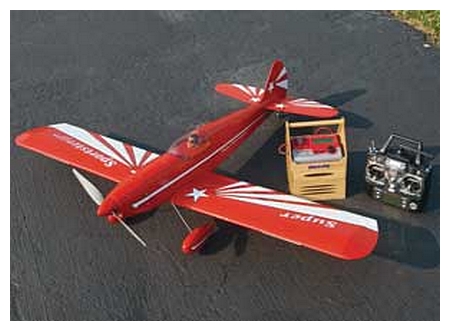 The Super Sportster has been available since 1982 in many sizes. It has gained a reputation for a true and honest flying machine. I am sure that someone in your club has owned, or maybe still does own a Super Sportster! Ask around to see if I am right!

The first versions were available as a kit only, but today we are offered the complete ARF parkflyer version, finished covered in monokote.

Relaxing to fly on low rates, the brushless Super Sportster EP is a great first low-wing model. More experienced sport pilots can firewall the throttle and watch it really move!

This is a perfect choice for your second RC parkflyer-you will not be disappointed!

Of all the parkflyers available today, this is the one to buy to teach yourself the basics of  RC aerobatics. Other parkflyers may look slicker or more modern but believe me when I say that you will be delighted with this one! 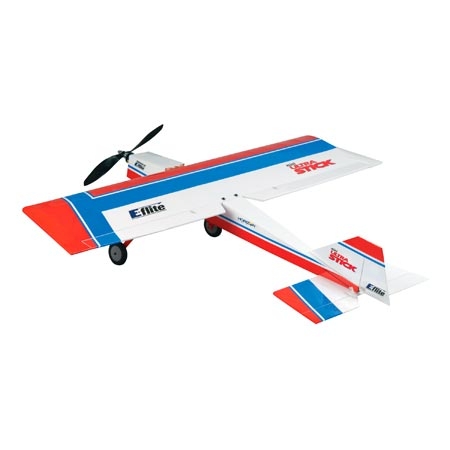 The photo here is of a parkflyer but its roots go back a long way!  When the original was built the idea of parkflyers was a dream! The first ugly stick was definitely NOT a parkflyer!

This is a modern version of one of the classics in the world of RC airplanes. There have been more versions of this RC model airplane than any other and if they followed the original layout closely I am sure they were all successful!

The original model design was by Phil Kraft. Phil was a pioneer in the early days of modern radio. He designed and built the Kraft radio which is the forerunner of the radios we use today. The original design was called "Das Ugly Stik" and was designed and built from scratch in 3 days! The design concept was to build a simple model that could be built quickly and easily repaired. It was used as a "shop hack" and many new radio prototypes were tested.

The plans first appeared in the long gone RC magazine "Grid Leaks" in May of 1966.

The "Ultra" in the name signifies that coupled flaps are available and this parkflyer shown in the photograph is no exception.