WW1 park flyers are available today in many different models and make great scale flyers. The Great Planes range are discussed in detail. 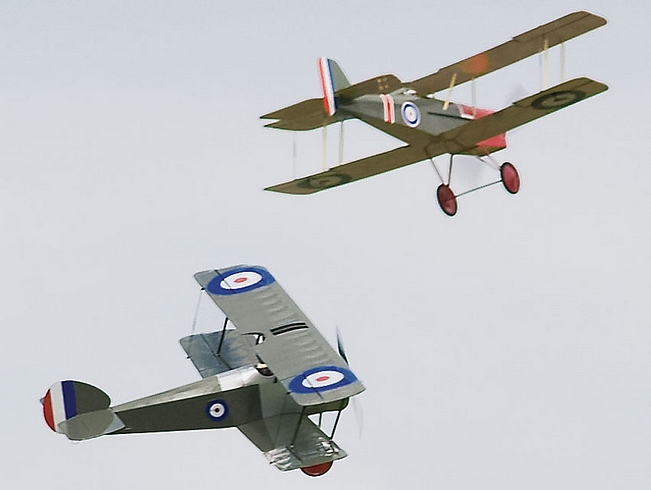 This size and type of model maybe the most popular today. They are larger and heavier than the indoor models and thus can usually carry more scale details. They are available as all foam or as built up models. It is possible to build scale park flyers from plans and the British magazine Flying Scale Models usually has a free plan included with each issue.

The built-up models generally feature conventional balsa and ply construction and can be covered with any of the popular film coverings.

Usually powered with a 950kV size outrunner brushless motor and utilizing Li-Po batteries, they can be assembled quickly and economically.

WW1 airplanes are very popular park flyers and are around 36 in. wing span. This size of RC park flyer can be flown at the club field or at the local park. The fixed landing gear does require short grass for take off and landing or ideally a small paved surface. 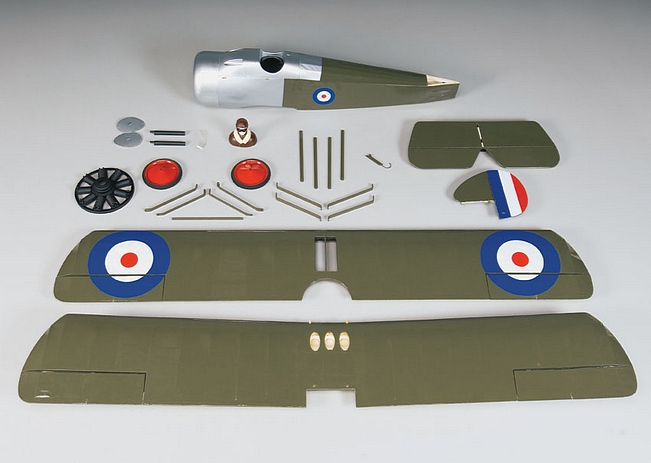 In 1916, Germany controlled the skies over the trenches. In response, Britain developed 3 new fighters, of which the Sopwith Camel was the most successful. Small and lightweight, the Camel represented the state-of-the-art in fighter design, at the time.

The Camel shot down 1,294 enemy aircraft during WW1-more than any other allied aircraft. However, more pilots lost there lives learning to fly it than in combat!

The Camel was a revolutionary machine in many respects. The twin Vickers machine guns, mounted in front of the cockpit, was a first for British fighters. This was to remain a feature for the next 20 years.

This photo shows the component parts for the Great Planes Sopwith Camel. A much easier to fly park flyer than the full size!

The model is an ARF and is of conventional balsa and lite ply construction, covered with Monokote iron on covering. I prefer this style of construction, for park flyers, as I find it much easier to repair than the foam models.

This park flyer features a remove top hatch, that makes battery replacement quick and easy and assembly should take about 6 to 8 hours.

The video below, has some nice flying shots of this park flyer and is well worth a look. 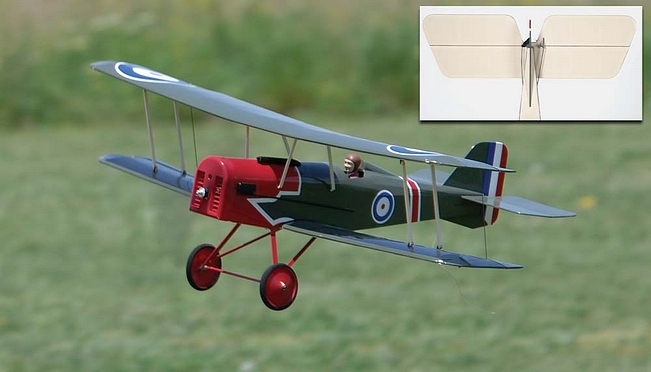 In 1916, the Royal Flying Core issued a specification to the British aircraft industry, that would produce a fighter superior to the enemy, in all respects.

The Royal Aircraft Factory, at Farnborough, produced the SE5a,whilst Sopwith's answer was the Camel.

The original version was soon found to be under-powered, so a 200HP Hispano-Suiza engine was installed. A total of 5,265 aircraft were produced.

The aircraft was armed with a single Vickers machine gun, synchronized to fire through the propeller and a Lewis gun mounted on the top wing.

The Great Planes park flyer has a little less horse power (HP), but is ideally suited to fly in your local park! Again the model is of balsa and ply construction, with Monokote covering. 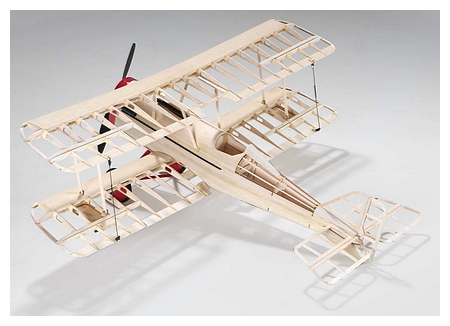 The photo at left is kind of unique- hopefully you will never see your park flyer naked like this! The kit is a full ARF and comes completely covered, as in the first photo.

The photo does show the construction details very well. This should assemble into a park flyer you will be proud to own!

The video below, shows the SE5a at a sports field- shows why park flyers are so popular-nice flight! 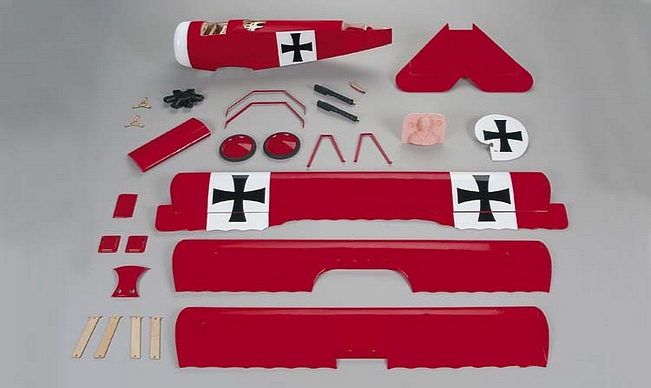 The photo above shows the park flyer as it comes to you-all components complete and covered with Monokote! Great Planes say that the model can be completed in 4-6 hours.

With a wing span of just under 30", the DR-1 can possibly stay in one piece, for transporting to the park or the club field.

Of the three park flyers discussed, the triplane is maybe the most challenging to fly but the more experienced flyers will really enjoy it!

The video below is made by Great Planes and shows a lot of detail of this park flyer plus good flying shots.