The latest on the Fairey Swordfish. 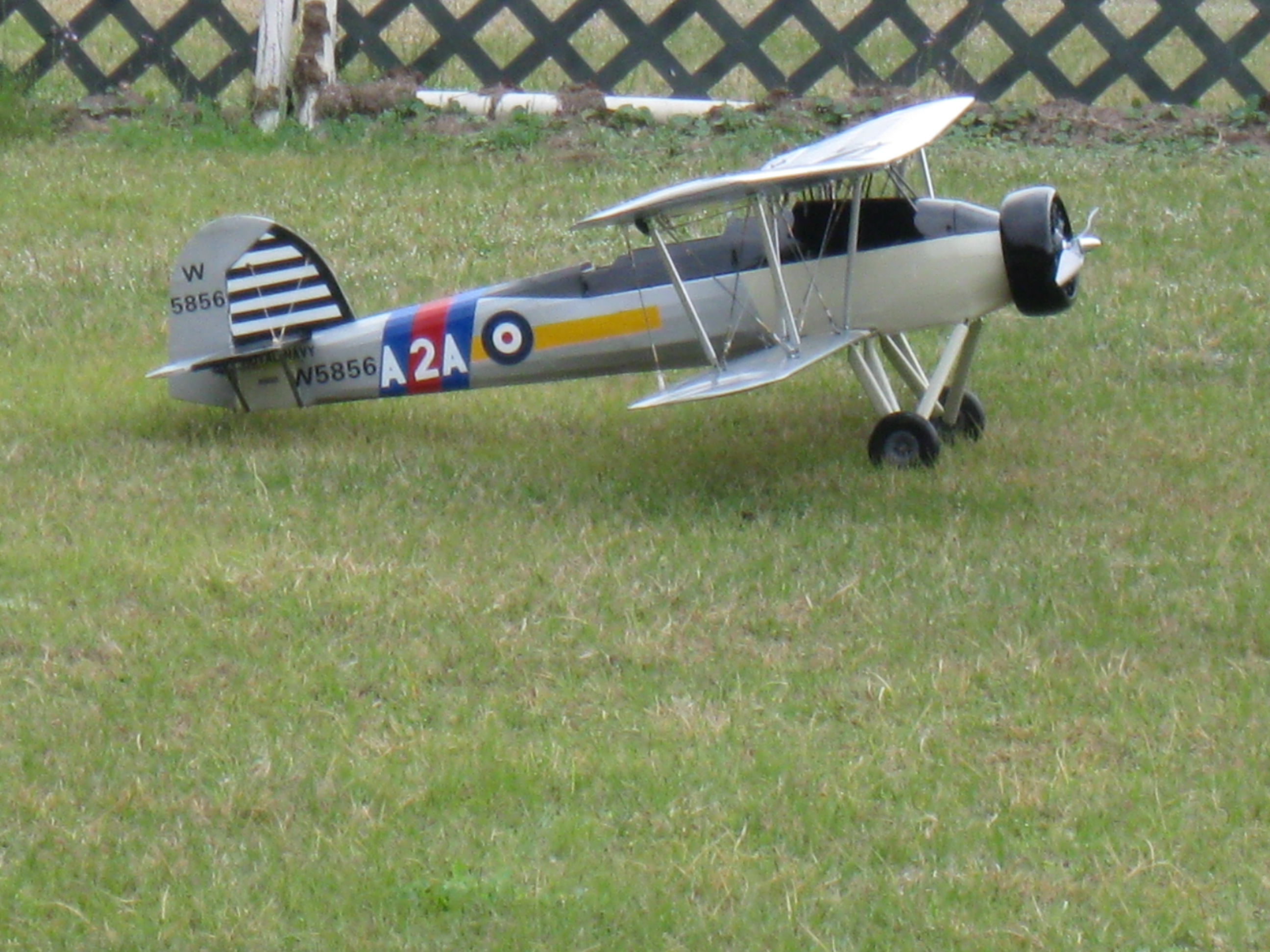 This is my latest project. A 1/10 scale model of the Fairey Swordfish. Electric powered and with folding wings, that make transportation a breeze and really impresses the guys at the flying field!

I asked a fellow club member, with a LOT of first flight experience to do the honors and he and the model came through with flying colors.

I am now doing a few modifications and am looking forward to the next test flight.

I still have to add cockpit detail, pilots, torpedo and more scale details.

If you would like more information on the Swordfish, there is a build thread on RC Groups. Click here to visit the page.

I will be offering plans and laser cut parts, in the next few weeks. Keep an eye on my website for more information.

There is a LOT of stuff going on right now! Firms are closing up, going into Chapter 11 or declaring bankruptcy. Competition from Asia has made it very difficult for firms to survive, as their market share shrinks.

Chinese products have improved in quality and the prices are VERY competitive and buying over the internet has become very popular, thus making selling a competitive hobby product very challenging.

Hobbico are one of the largest hobby distributors in North America. They own Tower Hobbies, Monokote, Great Planes, Top Flite, Coverite,Flyzone and many other brands.

They are also distributors for Futaba and OS engines.

Chapter 11 will protect them from suppliers, whilst they attempt to reorganize. In all probability, the profitable brands will be sold off and continue to be available( We hope!)

During this procedure, they will continue in business but may very well disappear in the near future.

A few years ago, most people in the hobby used either JR or Futaba. I used JR for years and still us  a JR transmitter, that has been converted to 2.4mHz. It was a great radio! I have now converted to Spektrum but the JR brand will be missed by many.

Take a look at the official announcement by clicking here. 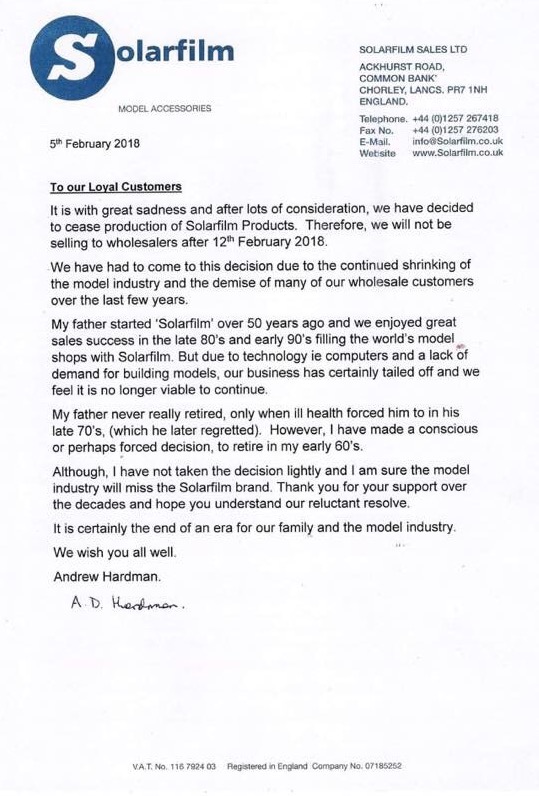 Solarfilm recently announced they are going out of business. They were a UK company that competed with Monokote amd Ultracote.

Solartex was a fabric iron on, that was very popular with scale fans around the world. I used it as well as Glosstex, that was a pre-painted fabric that gave a super and quick finish and I will have to search for an alternative.

I used Glosstex on the Fairey Swordfish, to cover the flying surfaces and was very happy with the results.

I hope that Coverite's 21 First Century fabric will still be available as the building project after the Fairey Swordfish will be an all silver Gloster Gladiator.

Balsa USA have been selling Solartex for some time and have some stock and have said they are looking for an alternative. If there is any news I will keep you posted.

Hobby King announced on their site that Spektrum were adding new equipment, that was built using a new protocol, that was not compatible with existing product. This would mean that all the existing Spektrum receivers and transmitters would in effect be obsolete.

This is NOT TRUE!

Spektrum has said it has no plans to do anything like this and will continue with the existing DSM2/DSMX protocol, well into the future.

We will continue to keep you up to date of these situations and if and when some products are unavailable, we will let you know of any comparable items that may be substituted.