Many RC P-47 Thunderbolt versions are described, along with a brief history of the full size Republic P-47 and links to the best WW2 warbirds sites, featuring the P-47. 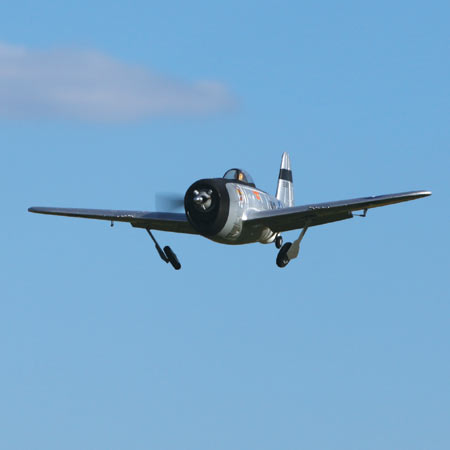 The P-47 Thunderbolt was affectionately referred to as the "Jug", a nickname in itself derived from the term "Juggernaut". It was a heavy and not so nimble WW2 warbird, that could sustain a remarkable amount of battle damage and still keep flying,

The Thunderbolt was used as an escort fighter for US daylight bomber raids, over Germany. It did not have the range of the drop-tank equipped P-51 Mustang, so could not follow the Boeing B-17 all the way to the target.

However it excelled in the role of fighter bomber and on ground attack missions the P-47's speed (over 430MPH) and firepower (2,500lbs of ordnance plus 8 heavy machine guns) proved a devastating weapon in the hands of skilled pilots.

The prototype first flew on May 6 1941 and the P-47 flew it's first combat mission in April 1943. By the end of WW2, more than 15,600 Republic P-47's  had been built and over two thirds survived the war.  Considering how dangerous ground attack missions were, this is a remarkable survival rate and a testament to the aircraft's ruggedness.

Production P-47B, C and early P-47D and G series aircraft were equipped with a metal framed cockpit canopy and rear fairing and referred to as the "Razorback" version. Late D series and later versions were given the clear "bubble" canopies, which gave improved all around vision. 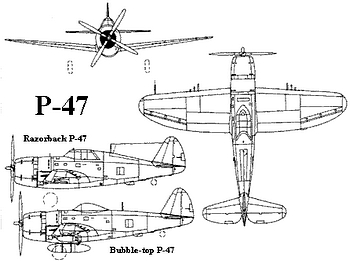 Cybermodeler Online has lots of good color photos and information, Primarily intended for the plastic modeler, it has some good stuff.

Bob Banka's Aircraft Documentation. Has 3-views and photos of the P-47 as well as thousands of other aircraft.

Will the P-47 Thunderbolt  make a Good Flying RC Airplane?

A look at some of the photographs and 3-views shows us that the P-47 has many of the attributes of a good flying RC P-47.

The semi-elliptical wing plan form has reasonable area at the tip, assuring good tip stalling characteristics. The nose has a good length, giving a chance that balancing will be OK. The tail area looks very good, when compared to the wing, meaning that good stability is possible.

The landing gear is nice and wide, meaning that ground handling should be excellent. The angle of the gear, when retracted, makes for a simple installation.

There is a wide range of RC P-47 Thunderbolt models available from various manufacturers-take a look at the ones listed below. 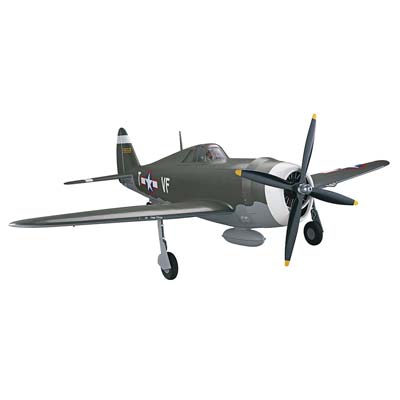 This is the latest version of the P-47 from Top Flite.

It is a big ARF manufactured from laser cut balsa and ply and covered in matt finish monokote.

It has all the parts included for  gas or electric power, with a large top hatch for LiPo replacement that is magnetically secured. (No screws to loose in the grass!) 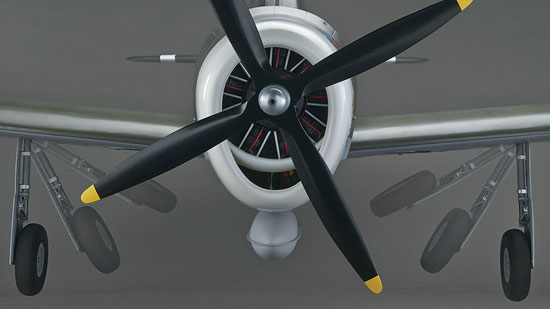 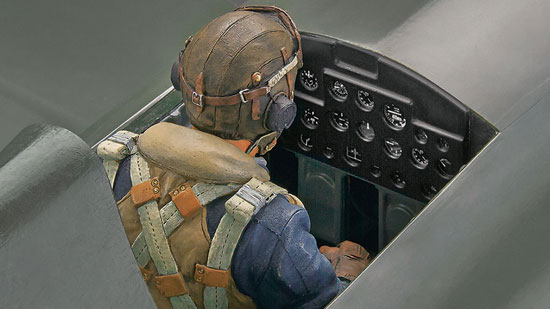 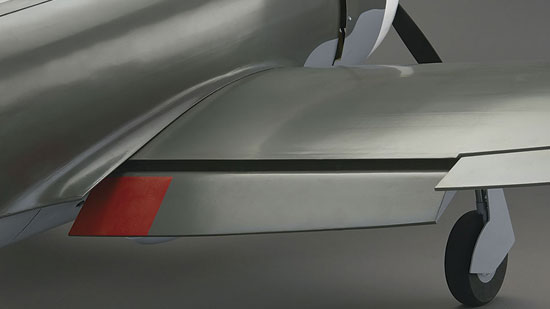 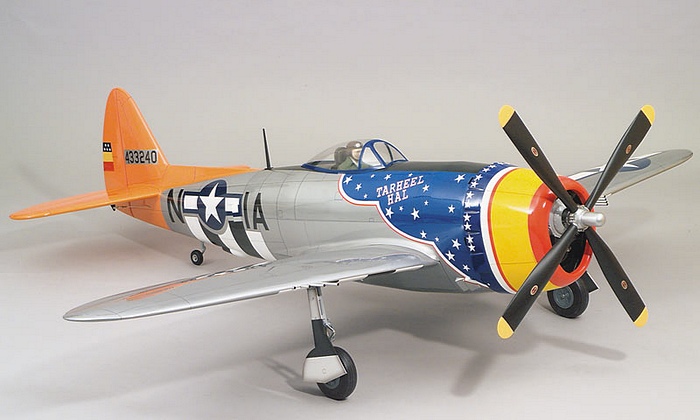 For a change of pace, let us take a look at a real kit. Yes this is not an ARF but a true "Glue part A to part B" builders kit. You can save quite a bit of money by going this route but DO NOT try this model for your first kit building experience!

It will take you a lot longer to build this giant scale RC plane but it can be a very rewarding project.

This kit is CAD engineered, with interlocking parts that can help with the accuracy of the build. The airframe is fully sheeted which lends itself to a fiberglass scale finish.

There are parts included for both the bubble canopy and the razorback versions but the razorback canopy must be purchased separately. 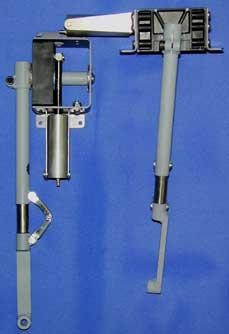 These are pneumatic actuated units and have gained a reputation for reliability, over the years.

The latest technology are the electric retracts. These are much simpler than the pneumatic models and Robart are slowly offering electric versions. Check their site for the latest information.

Take a look at the manual, to give you a good idea of how much work is involved in building from a kit 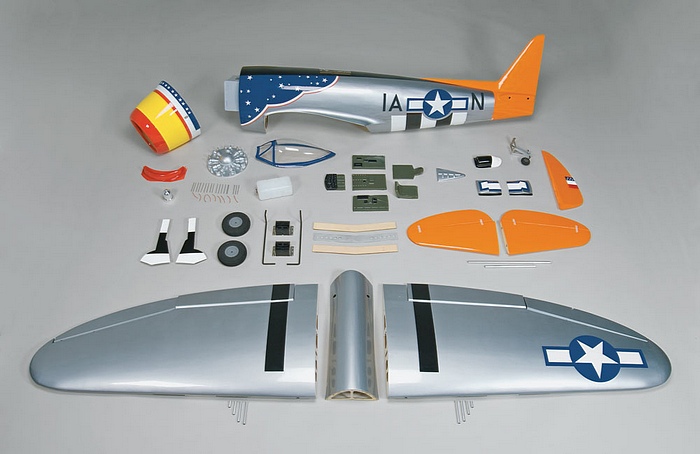 The above described kit of the RC P-47 Thunderbolt is now also available as an ARF.

The photo here shows how it comes to you, out of the box!

The cowl is fiberglass and of course, completely finished painted. The model is covered in Monokote and requires 15-20 hours of assembly time.

For those of you who would like to apply your own finish, this model is also available in a ready to cover condition (RTC). This version can be covered in 1/2 oz. fiberglass cloth and painted in your favorite color scheme.

All the dimensions are identical to the 1/5 scale kit described above.

Note also that the Robart retracts are identical.

The manual for the Top Flite P-47 Thunderbolt ARF is available here and should give you an excellent idea as to what you get for your money!

Take a look at the Top Flite video, that shows the Giant scale version.

RC Servos Required: 10 with retracts and flaps.(7-high torque and 3-standard)